From the first month of school when we began studying plants, the students have just soaked up all the information that has been taught and they continue to ask questions and question each other about plants. They also realized that the school grounds had a garden that was in disarray. It had not been planted for some time and was mainly overgrown.

It would have been easy for me to pick out seed packets and have the students plant them. I decided to let them make that decision. I bought 3 different kind of tomato seed plants: an organic tomato, a heirloom tomato, and a very inexpensive seed plant. The cost of the 3 seed plants ranged from $0.59 to $2.99. I created a video (using Doceri and then uploaded to Dropbox) for each seed packet that read the front and back side of the seed packet for the students. I underlined and circled different information on the seed packet. This allowed all students to have access to this information, even though students with limited reading ability. I also copied the front and back side of the seed packet for students to reference. I created a worksheet that had the different criteria to make the decision of the best tomato plant. They were cost, organic or not organic, amount of sun, amount of water, and special features. 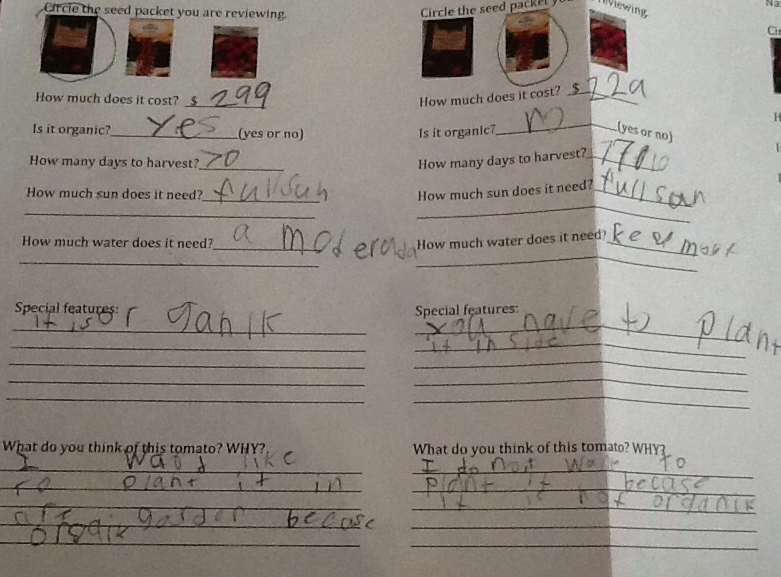 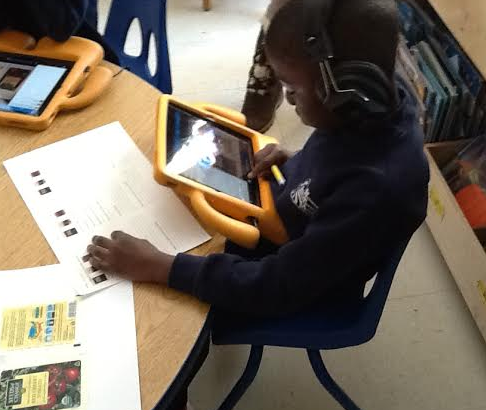 The students then listened to each video and identified the criteria information for each seed packet. I also included information on the sheet for them to make judgements about the different seed packet.

On the next day of instruction, we sat on the rug with our informational sheets and filled in the comparison matrix together as a class. Once the comparison matrix was filled out, students did a Think Pair Share with a small group of students. (I do not do pairs but rather triads or quads for richer discussion opportunities.) Students then had opportunity to get up in front of the class and try to influence their classmates in choosing a certain seed packet.

Then they had to vote for their seed packet and explain the reason(s) why for their choice. The concept of organic was one reason that influenced decisions as well as cost factor and what I call marketing (words like tasty and juicy). We then are planting the seed packet of choice. 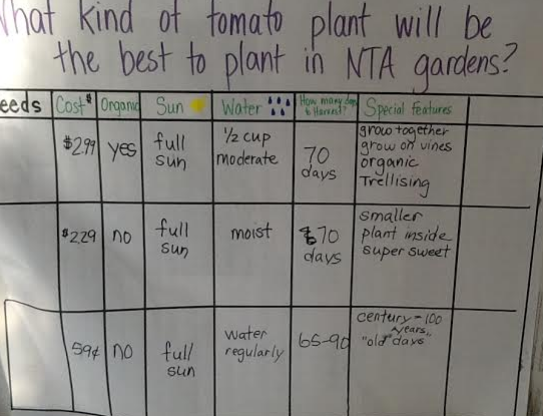